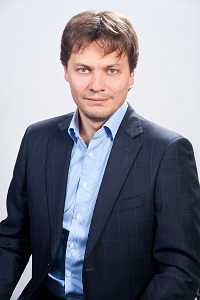 Ruble volatility fell to an almost three-month low, prompting speculation Russia will restart foreign-currency purchases following a report the Finance Ministry is concerned the ruble is too strong relative to oil.

Russia’s currency has traded stronger than its 60-day moving average for more than five weeks. It was trading 0.2 percent stronger per dollar by 5:31 p.m. in Moscow, while one-month historical volatility on the ruble dropped to 20.637, the lowest level since Aug. 6.

The ruble has rebounded from a record-low close on Aug. 24 and the upswing, combined with a hiatus in volatility, could allow Russia’s central bank to resume foreign-currency buying to replenish reserves. Russia’s Finance Ministry sees the ruble as too strong at the current oil price and over 1 trillion rubles ($15.5 billion) of planned budget income may be at risk, Kommersant reported today, citing the ministry’s report for today’s meeting with the prime minister. «The Finance Ministry may be sending a signal to the central bank that it should start buying up dollars», Vladimir Bragin, head of research at Alfa Capital in Moscow, said by e-mail.

Governor Elvira Nabiullina said last month she’s waiting for signs that price swings in the ruble have calmed before buying dollars and euros again, a practice the central bank abandoned in July. Sales of oil and natural gas account for about half the government’s income and the ruble price of Brent dropped to 3,063.81 on Wednesday, below the 12-month average of 3,345.77.

The government re-opened its Aug. 2023 inflation-indexed note in an auction today, selling 30 billion rubles ($465 million) of the bonds at 99.41 percent of face value. The real average interest rate on the notes was 2.72 percent and demand was 73 billion rubles, more than double the amount offered, the Finance Ministry said. Barclays Plc said this week it will add Russian debt to its Emerging-Market Government Inflation-Linked Bond Index effective Feb. 1. Russia sold the notes for the first time in July and included the CPI-indexed securities in an auction Oct. 14, issuing 20.2 billion rubles due August 2023 paying interest of 2.5 percent.

The securities traded at 99.41 percent of face value, with the real yield declining six basis points to 2.60 percent. The government’s five-year local debt rose for a second day, lowering the yield ten basis points to 9.84 percent.