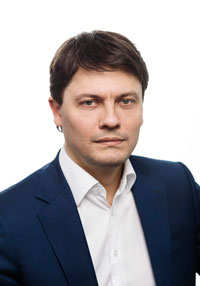 Learning the identity of the mystery seller of Russian local currency government bonds over the past two months has only led to further questions for investors.

The Bank of Russia’s admission yesterday that it sold a «limited amount» of so-called OFZ notes from its 207 billion ruble ($3.2 billion) portfolio in April and May followed weeks of speculation by analysts and investors after trading volumes surged. In a statement, the bank said the move was intended to ward off a liquidity surplus policy makers see as inflationary. What it didn’t say is how much it sold and why it did it anonymously.

«It would’ve been much better for the market if such transactions were more transparent,» said Alexander Losev, chief executive officer at Sputnik Asset Management in Moscow. Losev said he will be monitoring the central bank’s order book more closely to decide on his trading positions.

The surprise interventions, which ING Groep NV estimates at as much as 100 billion rubles, create uncertainty for traders seeking to preserve returns of 15 percent this year, the biggest for government bonds in the world after Brazil. They also raise concern Bank of Russia Governor Elvira Nabiullina, who has championed transparency during her three-year tenure, may be moving away from more disclosure, according to Credit Suisse Group AG.

«It’s a negative factor for the OFZ market that you can’t price in accurately,» Alexey Pogorelov, an economist at Credit Suisse in London, said by e-mail. «Our main concern is about the transparency of such operations.»

While the central bank avoided disclosing the sales to investors, it coordinated them with the Finance Ministry, according to Maxim Oreshkin. Late Wednesday, the deputy finance minister described them as «limited in character» and said a «large part» of the operation is done.

Nabiullina has been praised by market players for publishing the timing of rate decisions, offering forward guidance on their direction, and publicizing gauges of economic health and inflation.

For Vladimir Bragin, head of research at Alfa Capital in Moscow, that reputation of openness remains intact. Anonymous sales may have been the best way for the Bank of Russia to ensure the market didn’t sell off, he said.

Russian bonds continued their advance Thursday, pushing the yield on 10-year notes down six basis points to 8.82 percent at 1:22 p.m. in Moscow, the lowest since before international sanctions were imposed over Crimea.

Policy makers are trying to head off a flood of cash in the banking industry that’s pushed interbank rates below the central bank’s benchmark and threatened to fan inflation. Operations with securities on the open market are «one of the traditional instruments of monetary policy» for central banks globally, the regulator’s press service said in an e-mailed response to questions, without disclosing the amount sold.

«Everyone realized that there was a major seller, but nobody expected it to be the central bank,» said Evgeny Shilenkov, head of trading at Veles Capital in Moscow. «It shows policy makers are fighting excess liquidity.»