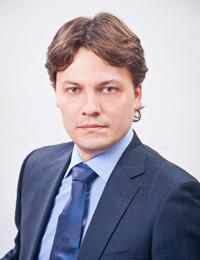 Global financial markets on Monday shrugged off an anticipated Russian annexation of Crimea, as stocks rose strongly on Wall Street and in Europe.

Almost 97 percent of voters in Crimea, a historically Russian-speaking area of Ukraine, backed union with Russia on Sunday. The vote defied warnings from the United States and European Union that the Moscow-backed referendum would lead to sanctions against top Russian officials, including those close to President Vladimir V. Putin.

The adoption of sanctions announced Monday by the United States and the European Union «are already priced in by the markets,» Mujtaba Rahman, Europe director for Eurasia Group, wrote in a research note. «The market is now in a holding pattern, looking at whether we get further incursions by Russia into Ukraine proper. It’s all about Putin and his next chess move.»

Russia’s currency backed off its record lows and was trading at 36.27 rubles to the dollar.

Investors are closely watching for indications that Russia’s oligarch class is moving its billions of dollars in savings — money the country’s wealthiest residents have in recent years invested in real estate in London, Paris and New York, and financial assets in Western Europe and the United States. The calm market conditions on Monday suggested that no fire sale was occurring.

Some investors said it appeared that the ruble was holding up relatively well, but only because of currency market intervention by the Bank of Russia, the central bank.

Vladimir Bragin, head of research at Alfa Capital in Moscow, said it appeared that the central bank had spent about $500 million on Monday to support the ruble, after large-scale market intervention last week.

He said that investors’ nerves — stretched last week before the referendum — appeared to have been calmed by the outcome of the vote, and that it now looked «impossible» for Crimea to return to Ukraine.

«Markets actually have some optimism about the situation,» Mr. Bragin said. «There’s no panic on the Russian market.»

However, he said that if Russia were to invade Ukraine proper, it would be «catastrophic for markets.»

Ulrich Leuchtmann, head of foreign exchange research at Commerzbank in Frankfurt, said any news that suggested the conflict would escalate «with stronger sanctions from the U.S. and the E.U. could have a permanent effect on the ruble.»

«We’re seeing Russian-based investors trying to transfer assets out of Russia,» something that probably contributed to the strength in developed-nation financial markets on Monday, Mr. Leuchtmann said.

He said that it was impossible to tell how much money had moved since the pace of capital flight from Russia picked up at the end of 2013, but that it was clear from talk in the market that the pace was picking up.

In Washington, the White House announced that President Obama had signed an executive order imposing sanctions on Russian officials the United States believed to be responsible for the crises in Crimea and Ukraine.

Analysts said the current level of sanctions, aimed at top Russian officials, was symbolically important but would have only a limited effect on the Russian economy. But they said that if Western governments escalated sanctions to a level that left Russian businesses unable to function normally in the international financial system, there would be a very serious impact on the country’s economy.

The bond market, often the first place where anxieties appear, remained calm Monday. The yield on the United States Treasury 10-year note rose to 2.69 percent, from 2.66 percent late Friday, while its price fell 10/32, to 100 16/32.